I’m very grateful to be here with the furnace running and the lights on, and the computer functional so I can blog! There was so much hype around December 21st that I wondered whether people would create some sort of event in the absence of a naturally occurring one. That’s not to say that we couldn’t still have a power cut or other type of emergency, so I don’t regret stocking my cold room – it’s very reassuring to have my own mini-mart down there! 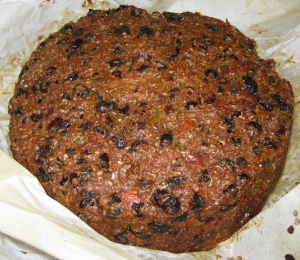 I spent hours yesterday baking for today’s Christmas party with friends. The friend who is hosting is cooking about 15 dishes for her guests (I hope it’s a big crowd) and I am taking fruit cake, gingerbread cookies and mini Cornish pasties as my contribution. The fruit cake was really easy – just mix up and put in the oven for 2 hours – so I did it first. The recipe is from a little paperback book called Cranks that was a gift from vegan friends many many years ago. It is falling apart now. Then I made a triple quantity of pastry from Heaven’s Banquet and cooked up a big wok-full of carrots, yams, potatoes, parsnips and peas for the pasty filling. I usually make these by cutting circles out of the pastry with a small plate, but wanted them smaller this time, so used the lid of a large yogurt pot. By the time I’d finished, I had 26 of them, and a lot of filling left over (so I was creative and stuck a savoury crumble topping on it and called it dinner). While the pastry rested and the filling cooled, I made the cookie dough and used various Christmas themed cutters to shape it. They filled three cookie sheets. As soon as the cake came out, the cookies went in. While they baked, the pasties were assembled and as soon as the cookies were done the pasties went in. Considering I hadn’t planned ahead, it all went swimmingly. The last thing into the oven was the savoury crumble and while THAT baked I cooked some potatoes so I could mash them and top them with Daiya for the kids. 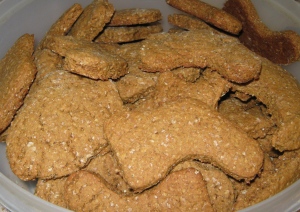 It felt really good to sit down after all that.

In the evening, I called the family around and we lit a couple of our new soy candles. As we each lit a wick, we said something we’re thankful for and something that we’re looking forward to. 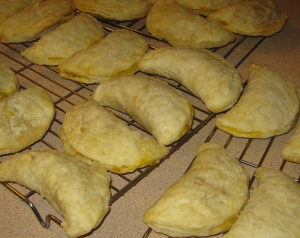 One thing that we’re all thankful for is that ds1 is safe and well. He was working (for the office furniture company that he occasionally helps out at) Monday and Tuesday which meant getting up really early Monday morning and getting in the three-ton truck (one of the full-time employees was driving). A huge amount of mileage racked up going to the Kootenays, all the way to Cranbrook, stopping at various towns along the way to deliver/install furniture. Tuesday night, late, they’re coming back. They’ve got as far as the Sicamous area, the winter driving conditions are not ideal, and a pick up truck coming the other way goes out of control and slams into the front driver’s side of the truck. Now this is a good size truck, but the impact was heavy enough that the cab was considerably caved in. Ds1 had to help extricate his colleague from the driver’s seat, as the steering wheel and dashboard had been shunted in. People stopped to help and call 911 and they were taken to Salmon Arm hospital.

I was staying up at this time, expecting a call asking me to go and pick ds1 up at the office here in town around midnight. Instead I had a call from him telling me that they were in an ambulance on the way to hospital – needless to say, I was a little shaky.

Tai Chi Man (who works for the same company) got out of bed and drove all the way up to Salmon Arm, hoping to bring both men back home. He brought back our son, but his colleague had to stay in hospital for stitches. The next day he was transported back here for surgery to mend his fractured leg and foot.

The truck has been written off. We’re very glad that the two men inside it were not.