I was in need of a project to give me some quick gratification so I made a hat! I have the Loop-d-Loop Lace book by Teva Durham out of the library right now and liked the look of the Ladybird Hat and Cravat. More the hat, actually. So I cast on last night. Just as well I swatched as I had to go up to 12mm needles from the recommended 9mm. I used three strands of Knitpicks Brava Worsted in Sienna. This is definitely a quick project and if you are in need of some last-minute gifts around Christmas this would be an excellent choice.

There was surprisingly no pattern page on Ravelry to link to, even though the book has been out since 2011, so I added one, but it may take a while to get processed by The Powers That Be.

Not sure if I will make the cravat, though it would make a nice set. Photos below, including one of the new specs I picked up today. I’m now officially contact-lens free! 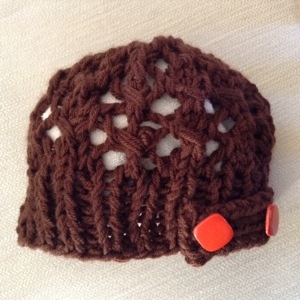 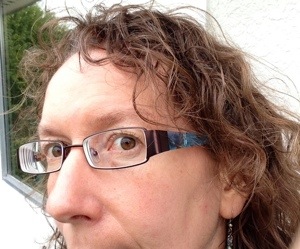