I was up at 5.30am Saturday and at the market location by 7 to set up my table and sunshade. It wasn’t a particularly hot day but I was glad I’d invested in the ‘roof’ as any excess sun and rain are going to make the long morning quite uncomfortable, not to mention spoil my stuff.

I was optimistic but realistic going in. The table was free for the first week (it will be $20 in subsequent weeks). A couple of friends came by and spent money, and there was a steady stream of people. There were lots of people in town for the parade, what with it being Canada Day on Tuesday.

By the end of the morning, I had made $75 which was enough to pay for the sunshade/canopy thingy! I still have a way to go before I even break even, but I just need to have fun with this and allow things to happen as they will.

While sitting behind my table, I finished the mesh market bag and immediately sold it to a friend! I also made another mini coin pouch and three lip balm keychains, though it wasn’t until today that I had the opportunity to add buttons. The lip balm holder buttons are only decorative. 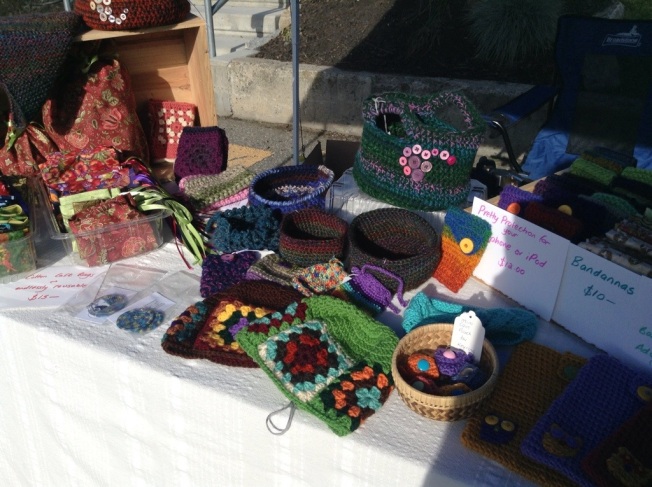 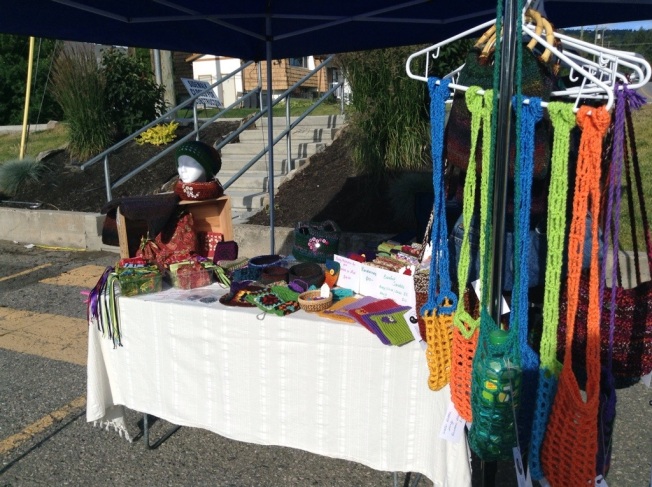 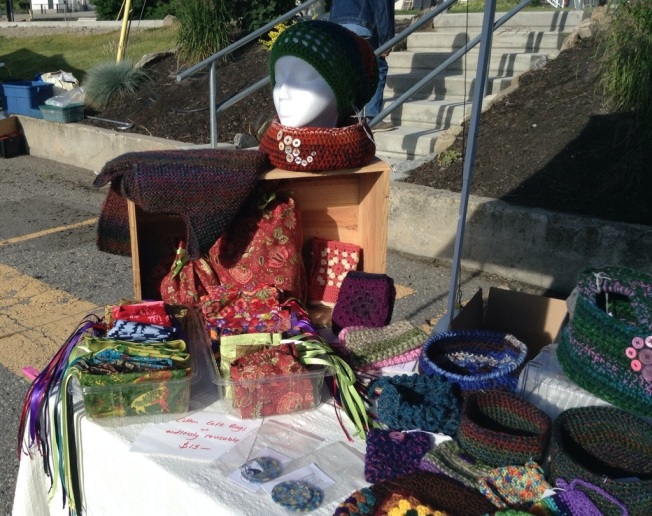 A bunch of random shots of my table first thing. Later, I rearranged some stuff, and next week I’d like to have things more visible. The bandannas, barefoot sandals and sewn totes didn’t really get enough views as people walked by.