I have never crocheted onto a towel before. I’ve seen the towels with the crochet toppers but never made any…until now.

A friend asked if I could make some similar to the old and fraying one she had. It looked easy enough. I thought of going to look on Ravelry for a pattern, but in the end I managed without. I did see some of the towels at the farmers and crafters market last Sunday, though, and knew that the woman there used a thin steel crochet hook to work the first row. She also used the whole towel, folding it in half first.

So, I had two options – cut each towel in half, then machine sew a hem; or use a folded towel for a double layer. I did the latter.

The towels had a waffle weave, and the grid pattern was useful when doing that first row, as it kept my stitches more even. I then alternated plain and decreasing rows until I had 9 stitches, made 13 rows straight, made a buttonhole and a couple more rows, and I was done.

These look like quick projects but each one probably took me an hour, and my hands are stiff now. However I’m pleased with them, especially as this is my first time at making them. 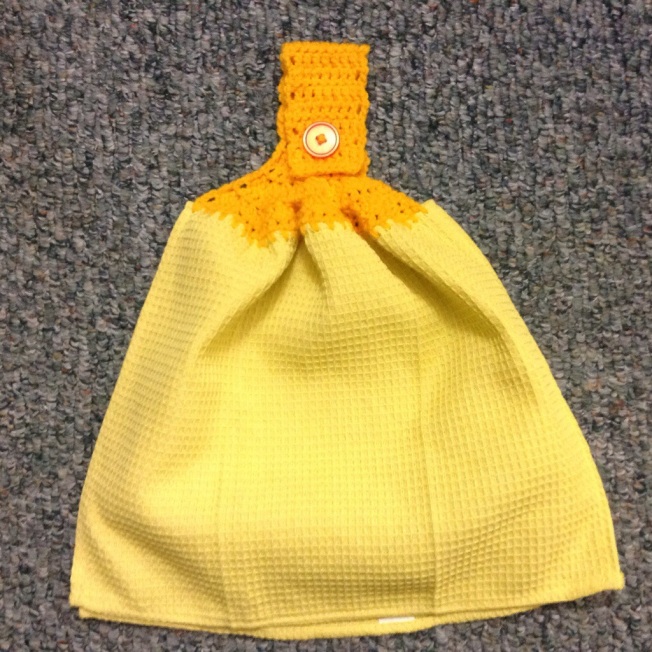 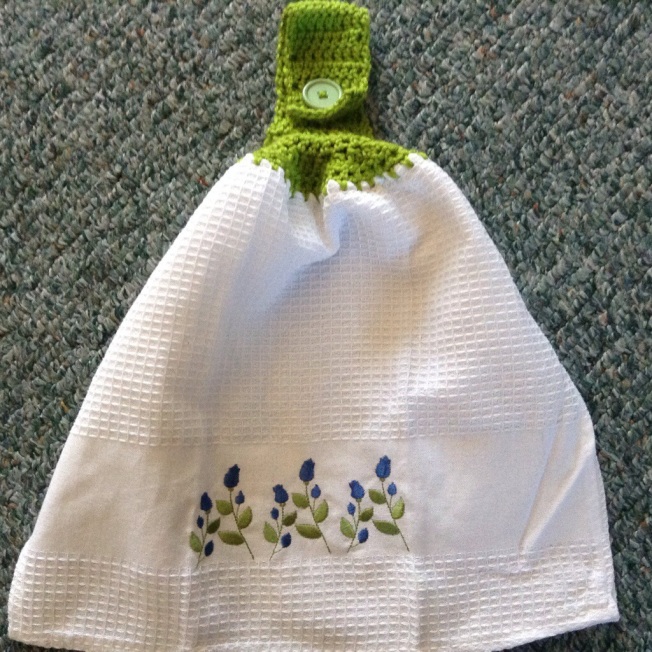 Another early start tomorrow, so that means an early night tonight.