I blogged yesterday about an apron/tote for knitters and crocheters called a Koala Caddie. Well, we had a snow day today (first time schools have been closed in 35 years for snow) so when I wasn’t shovelling I fitted in some sewing.

If it hadn’t have been for my kind neighbours and their snowblower, I don’t think I would have survived the driveway clearing today!

I was going to have a go at making something similar to the Koala Caddie, and I really wanted to make one with a batik, but I sensibly decided to use a less beloved fabric in my teeny stash to try things out. I made a plan, drew up a pattern on some paper, and cut some bright floral fabric for the outside of the bag and a green rosebud one for the lining.

Then it was time to do more snow clearing and make dinner.

This evening I did all the sewing. I made notes of how I did it and what I would change if I made another. The main issue is that I should have made the front piece way bigger. It’s only 3.5″ wider than the back and that doesn’t leave much room for my hands to go in and grab my needles/hook, or to stuff a project in there while I’m wearing it tied around my waist.

I was rather pleased that all four buttonholes (on the tabs) were made on the first try, though I do still have to pull out my sewing machine manual to do them.

Photo 1 shows the whole bag from the front. 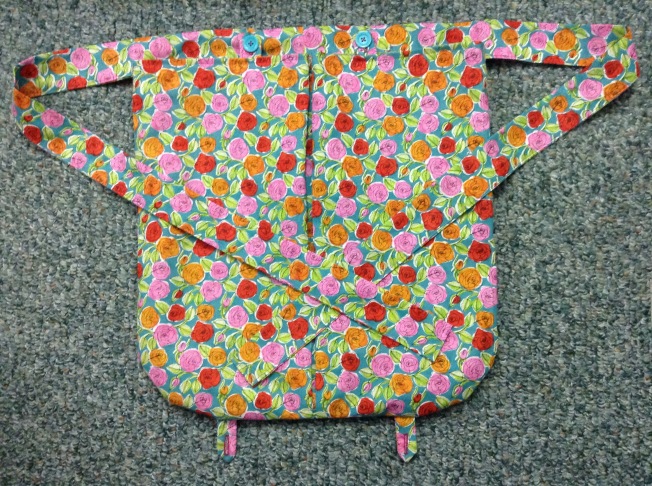 Photo 2 shows the bottom half of the front with the buttonhole tabs. 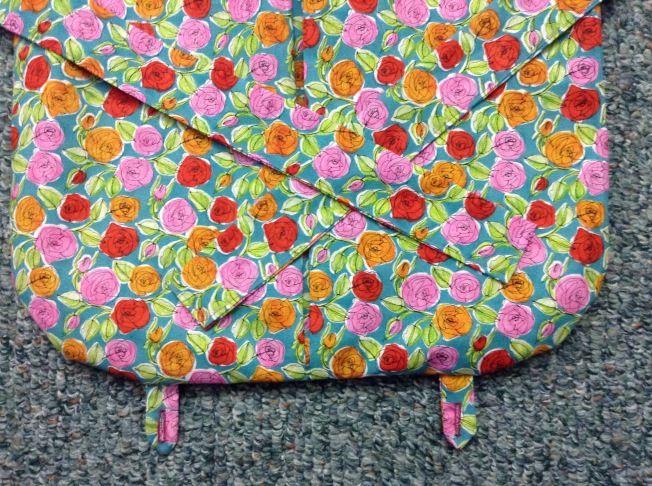 Photo 3 shows the top half of the front with the buttons and a hook/loop fastening to stop it gaping when done up.

Photo 4 shows the back of the bag with the buttons.

Photo 5 shows the back of the bag when folded.

Photo 6 shows the lining and pocket inside.

Photo 7 shows the front of the bag when folded. 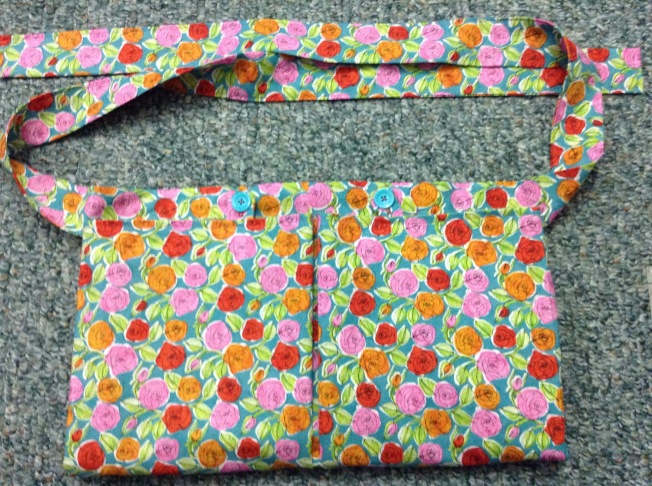 The dimensions are about 18 x 18″ and the waist ties used two widths of fabric so about 80″ total from one end to the other.

I’m thinking I might test drive this prototype for a while before considering making another.