Today at 8.15am, I picked up a friend and drove her to the hospital so she could have an MRI. She took a sedative, so couldn’t drive herself. As usual, the wait times were long between steps and the whole thing took 2.5 hours. Of course, I had my trusty crochet hook in hand and the dishcloth cotton that I bought yesterday.

I came out with two new dishcloths which I improvised as I went along. The red one is just rows of double crochet worked in the front loop. The blue one started out as rounds and then I squared it off with different height stitches. It’s so much quicker (for me) crocheting a dishcloth rather than knitting. When I weighed the yarn so I could fill in my Ravelry project pages, I realised I can get two out of one skein. So that’ll be 8 new dishcloths by the time I’ve finished. 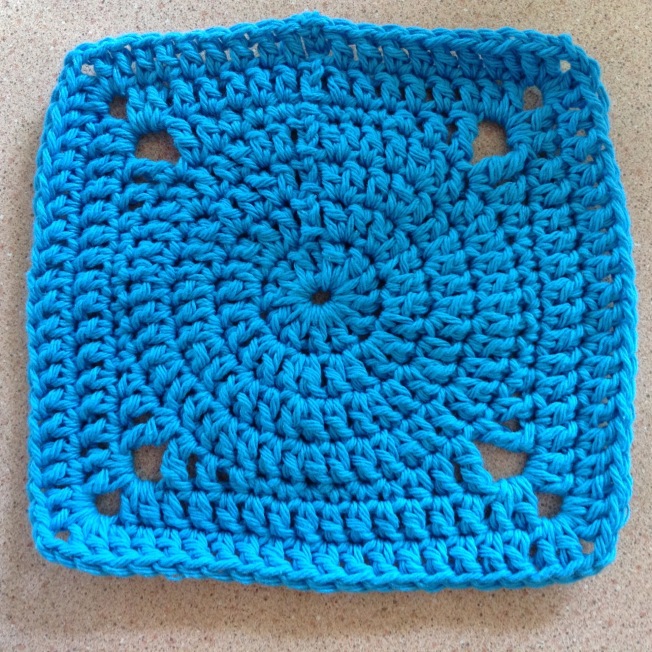