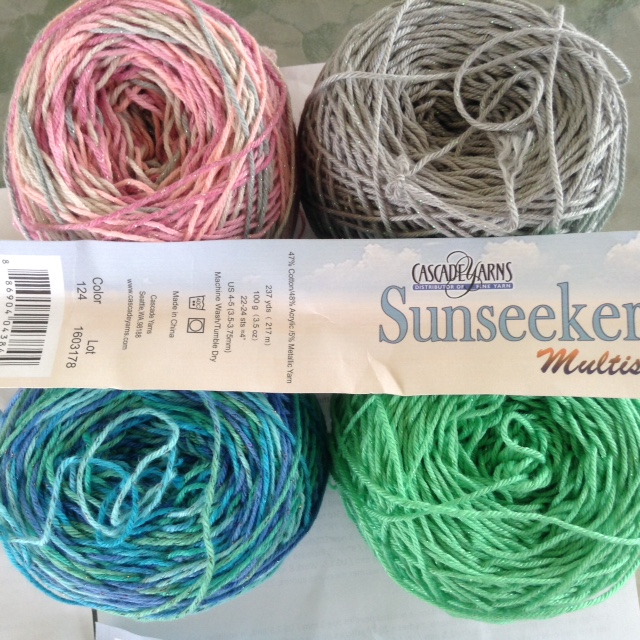 I told you recently that I gave away a lot of old acrylics that I had acquired from various sources, because I just wanted to keep the ‘good stuff’ that I will actually enjoy using. Well, the voice in my head said that now I had some space in my craft room cubbies I could feel free to invest in some new yarn. Totally justified, of course. And I have my birthday money fund, which is ‘free money’ which I can spend without guilt on anything I choose. 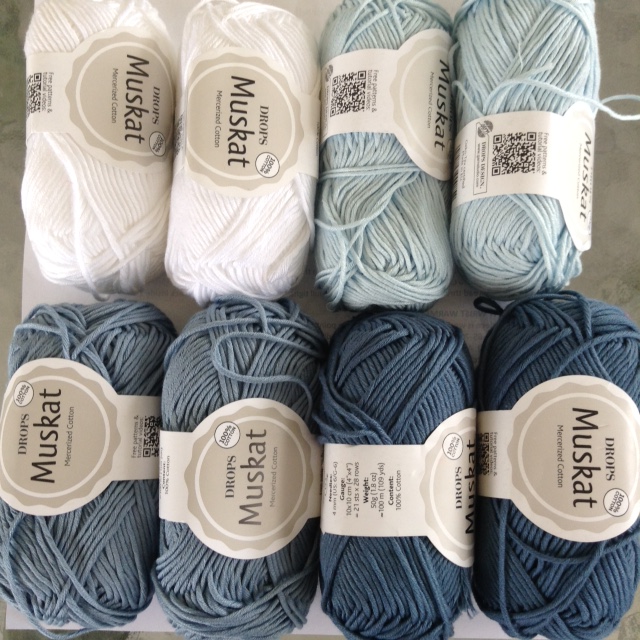 With this in mind, I attended an autumn yarn event being held at my Local Yarn Store (LYS). I haven’t been in the store much since it changed hands at the beginning of the year, but I love the way things have been updated. New stock, a computerised checkout system, fresh look. The previous owners had run the store, very successfully I might add, for thirty years but they were ready to retire, and a new owner has the opportunity to make changes to suit her style.

My friend and I arrived at 10am, as the store was opening. It’s a two day event, and I expected there to be a lineup at the door, but no, we were the first ones in the door and we received our goody bags with a range of freebies inside. After a lot of browsing (yarns at LYSs tend to be mostly wool or wool blends) I found some pretties to bring home (pictured above). Four hanks (now cakes) of Cascade Yarns Sunseeker. Two multis, two solids, cotton/acrylic/metallic. I don’t usually go for sparkle and I haven’t a clue what I will make with them. The Drops Muskat is 100% cotton and I don’t know what I will use them for either but they coordinate well. 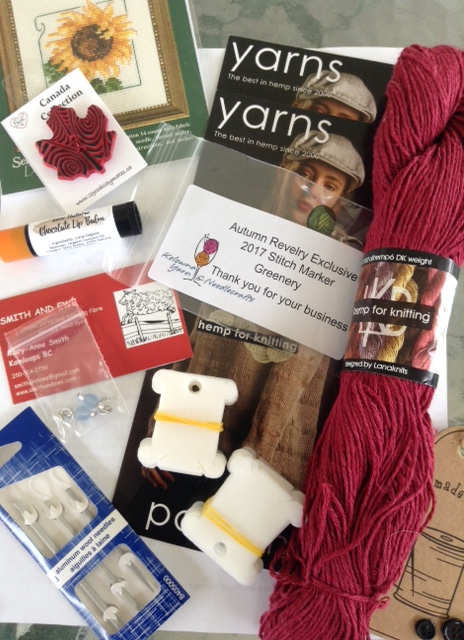 The goody bag had lots of little bits and pieces including a hank of hemp yarn (and a ball of wool/alpaca which I gave to my friend). 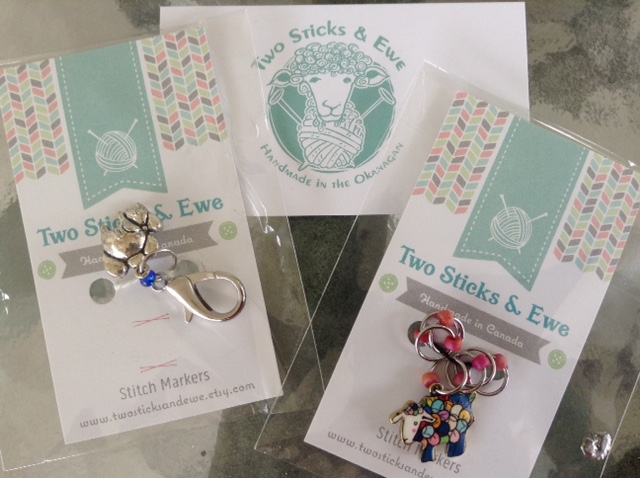 I also bought a placeholder and a set of stitchmarkers from a lady who was set up with her wares. I recognised her as a regular customer at the fabric store where I work. This sheep charm is fun (even though I don’t use wool) and the placeholder is an elephant charm. I liked that the lobster claw on it was large enough to use on crochet. 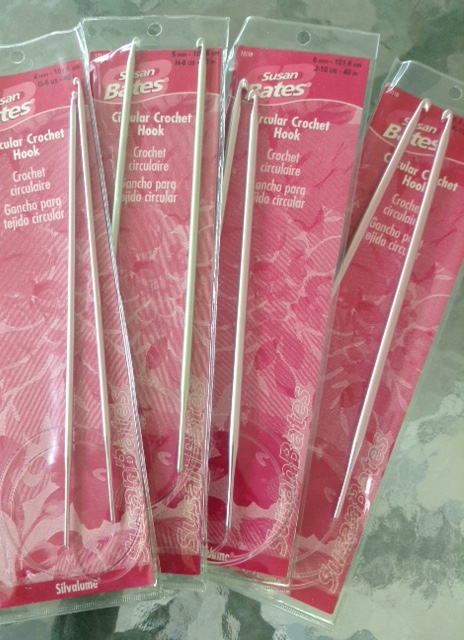 I was fortunate to have a boss who went away to management meetings last week and came home with some freebies of her own. She didn’t know what these hooks were for and knows I love to crochet so I was glad to take them off her hands. I explained to her that they were for Tunisian crochet in the round, which is a technique I haven’t learned myself yet. However now I have the right hooks, I’ll have to go and visit CrochetKim on You Tube and learn how. 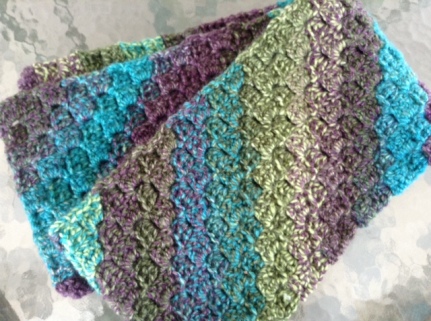 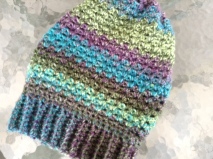 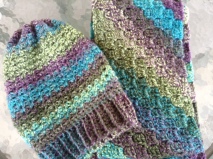 Two finished objects for this week – a C2C (corner to corner) scarf and a slouchy hat. The scarf took a whole skein of Loops & Threads Barcelona and ended up 60″ long. No pattern. I used a tutorial from Mikey at The Crochet Crowd. The hat is the Joyful and Bright Slouch Hat from Oombawka Designs (Ravelry link) (direct link) and it has multiple sizes. I started out making the adult small, but the ribbed band would have been too big with 50 rows, so I did 44 then increased to 50 stitches on the second round of single crochets. That way, the brim should stay snug enough to stay on, but the body of the hat will be roomier. I also extended the 15 rounds of V stitch to 20 for more slouch.

I think that’s us all updated. Have a great weekend!