Oooh, I do feel productive. A finished hat from the cake of Lion Brand Mandala (the third from that cake, and there’s still some left). Cast on 94 sts with US#4, worked some K2P2 ribbing, changed to #5 tips and increased to 100 sts. When hat was 4.75″ deep, I did the same crown decreasing as in the Vanilla hat, but with hindsight reducing the straight part by a whole inch may have been a little too much as I find it a bit small now. It fits Sally perfectly (see below). 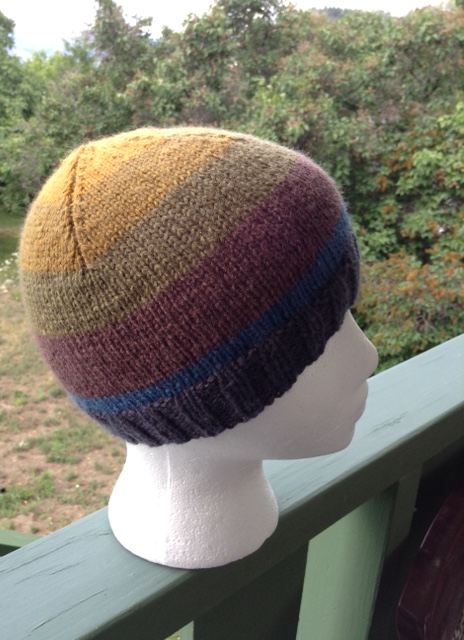 A finished cosy from a German crochet book that I found at my local library. I learned some new words in German! 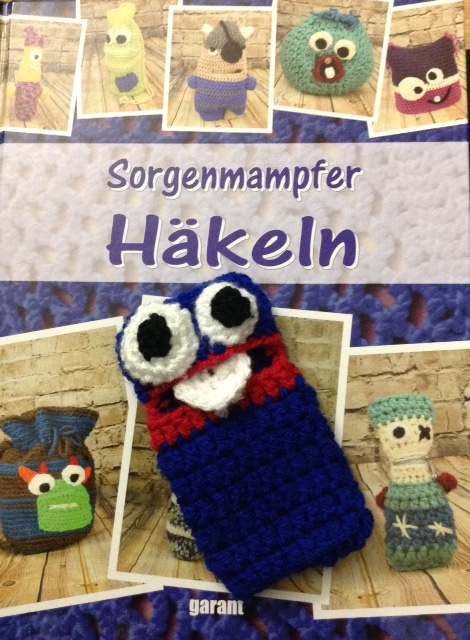 And some finished project/notions bags. First, an unlined drawstring bag with a boxed bottom to which I added a special pocket with a slanted zipper opening. I messed up a little there as I was going to make the bag quite a bit bigger, but then my rotary cutter had other ideas and it ended up being the same size as the last one I made. The pocket dwarfs it a bit, but you get the idea. 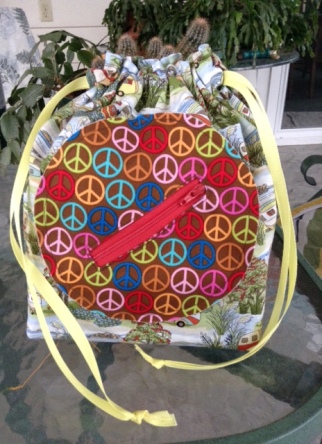 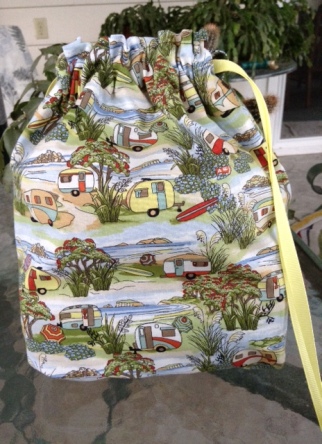 This little guy is a tiny version of the triangle bag I made first (as talked about here) with the yarn ball print. I made it to go with the other bag as a gift for a podcaster I listen to a lot. They are now both in the mail. (Tutorial Crafty Gemini) 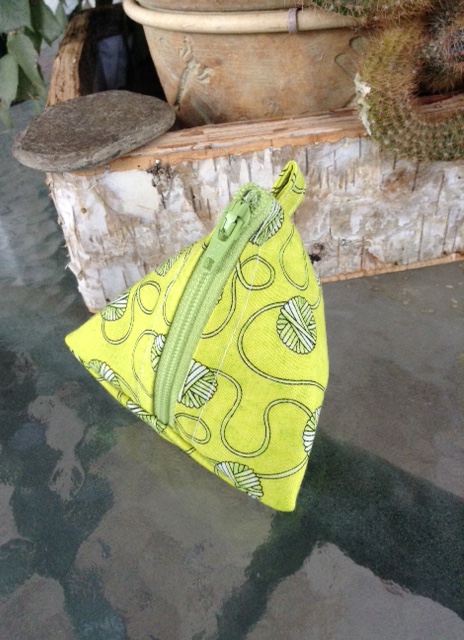 And lastly this one from a McCall’s pattern (# M6256) which I bought on sale this week at work. 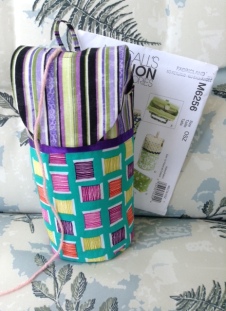 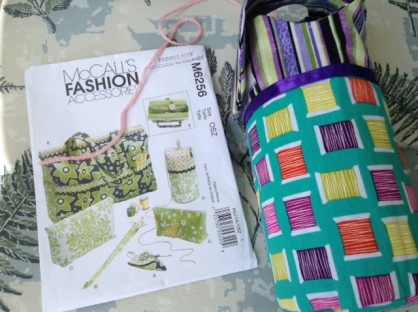 Oh man, this presented some challenges. Sewing a circle to a tube for the base – eeek! Handsewing the lining inside – grrr! Heat ‘n Bond that didn’t stick when it was supposed to – aaagh! Glad it’s done, and it does do the job – there’s a partial cake of yarn in there and the end is threaded through the top of the “lid” – though it wouldn’t hold a full cake. Maybe it’d work best for a commercial skein of acrylic set inside on its end.

This morning was productive in its own way too. An appointment with a new dentist, in which I had my teeth scaled and polished, and numerous other things they wanted to do as I am a new patient there. No cavities, thank goodness. Dropped bags of stuff at the recycling depot. Mailed a small package to the aforementioned podcaster in Wisconsin. And spent rather a lot of money on a new pair of spectacles. I hope to have them before I go on holiday in August as the ones I’ve been wearing are badly scratched.

What are you making this week?