Hmmm, that was interesting. I just had to log in to WordPress for the first time in forever and needless to say I had forgotten my password! All sorted now, thankfully. 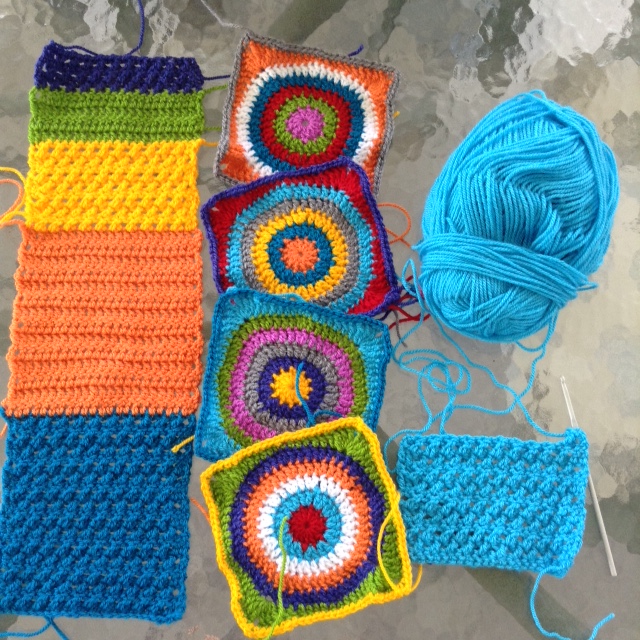 This morning, between going to the gym and going to work, I had a chance to photograph my Scrapsrific Rainbow Blanket CAL progress, part 6. This week was my slowest as my interest waned when I hit those crossed dc stitch sections. However I really want to finish this blanket this month so I can log it as an OUT for May, as far as stash is concerned, and because I haven’t had a finished object in what feels like ages.

So once I settled on the couch for the evening, I diligently wove in ends and finished the second rectangle.

Part 7 is the joining part, and I will get to that soon. I should probably steam block my motifs first but knowing me I probably won’t. It’ll all get tossed in the washer and dryer when it’s done anyway. After that, I believe there is a border, though I’ve already run out of a couple of the colours.

My Swedish death-cleaning has continued, with the kitchen getting some decluttering and tidying treatments. I updated the grapevine wreath on the wall and the cork board with some crocheted oddments that I had hanging around from previous UFOs.

I’m sure you know how hard it is to keep a horizontal surface clear in the kitchen. It’s an ongoing battle! The cupboard which holds all the mugs, glasses and tea also had a makeover, but I have plenty of cupboards yet to tackle. 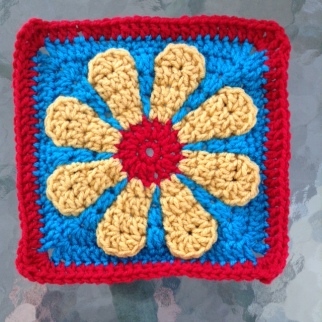 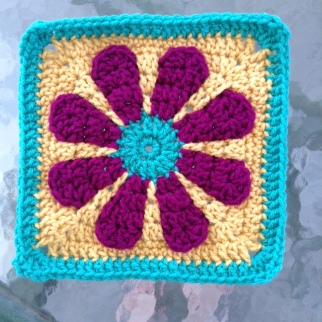 and as they are crocheted with thicker yarn and grow quickly I have been finding it hard to resist picking up this WIP instead of the other one. In fact, for a few days, I wasn’t really getting much crochet done at all, what with work, gym, decluttering etc. I’d also like to be doing some sewing, and am seriously considering teaching myself to get up earlier in the morning so that I get more crafty stuff done. It’s hard to get into that mindset though, as I tend to feel like crochet is for the end of the day when I can veg on the couch with Netflix. Maybe I should just suck it up and give it a go!