This used 260 grams of Lion Brand Mandala in the Troll colourway, so about one and two-thirds of the 150 gram cakes. 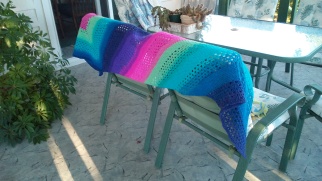 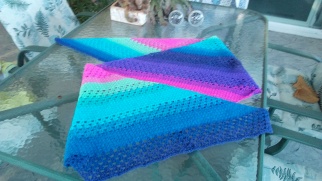 My stashbusting has been epic this month. Two shawls, a blanket and a hat completed and I also cleared out a bit of undesirable yarn from my stash. That’s a total of 2320 grams of yarn OUT! And none in.

The other small project I finished was this Walking Hat, so named because I crocheted it on my walks around the neighbourhood. I used up the last of my Caron Big Cakes in Shadowberry. I wouldn’t buy this yarn again. It’s not the nicest acrylic, in my opinion. It took three and a half walks to make. I probably got some second glances as I carried my yarn and hook around with me this week! 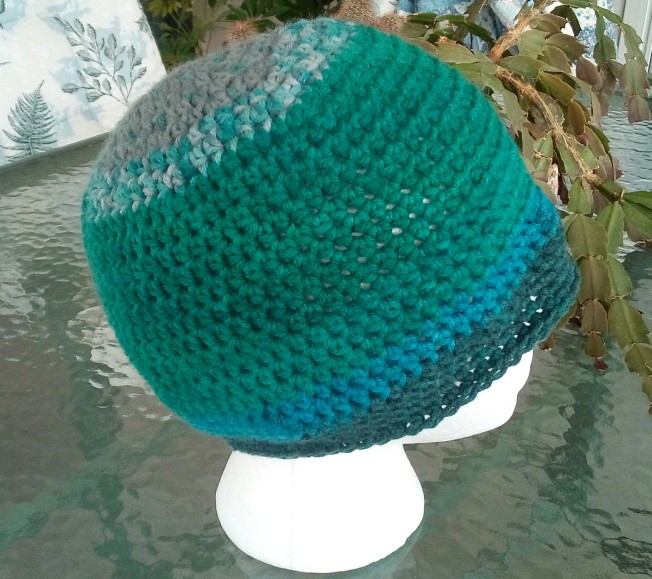 In the grand scheme of checks and balances, I should be picking up  my paycheque today, which will include some extra hours and overtime. However, when I was at a coffee shop with a friend yesterday, my car was parked outside on the street, and during that time someone swiped it with their vehicle and took the paint off. Grrrr! I am claiming off my insurance, of course, but there is still a $500 deductible to pay. I had to spend some time on the phone to the insurers yesterday and book my poor car in for an estimate at the body shop.

So what else is new? Ah yes, my quilting. I have been itching to make a quilt again. I started back in 1998, when I was expecting son #3, and took a class to learn how make a large quilt. It was definitely worth it and from then on I quilted like a crazy person for six years, until I got back into yarn crafts. I haven’t really felt the pull since, even though I now work in a fabric store, but that doesn’t stop me from bringing home pretty cotton fabric remnants now and then. If I really like something, I’ll buy a metre.

Anyway, I’ve recently been watching The Midnight Quilt Show on YouTube and have been enjoying watching Angela piece and machine quilt like the pro she is and it’s inspired me to get going again. I also have a pile of quilting books from the library. This week I pulled out a bunch of fabrics and decided on a theme. I am fussy-cutting squares from Pink Panther, Scooby Doo, camper vans, Vespas and colourful cats and using a backing of broadcloth to stitch-and-flip crazy log cabin blocks. I have six so far. 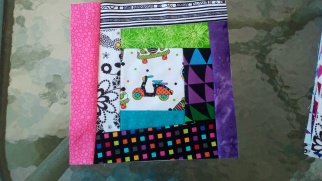 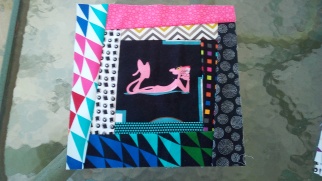 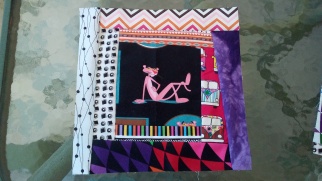 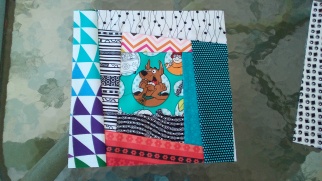 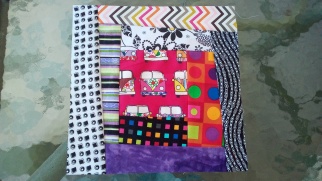 It’s a lot of fun and deliberately cutting the pieces a little wonky with scissors means no need for precision.

I have no plan as to the number of blocks to make or how it’s all going to come together. I’ll scratch this itch and see where it takes me.