I haven’t blogged in a couple of weeks because after my productive July I felt like I needed a little break from crochet. Whaaaaat?!

There has been a teensy bit of knitting, but nothing worth showing, as it was a gauge swatch for a sweater that I have changed my mind about, at least for now. The gauge on the pattern is 21 sts/4 inches with DK yarn, and I tried three different needle sizes and still was getting too many and I liked the tightest gauge the best. Rather than do the math, I shelved the project.

I have the seed of an idea germinating in my head right now, but I haven’t done anything about it yet because I have been sewing instead.

I’ve had a couple of days off and I was motivated to get down to my sewing room and dedicate some hours to a couple of projects. This one was an impulse make, after a customer at the fabric store where I work told me about the cartwheel skirts she makes for her granddaughters. Basically it’s a skort, where the shorts or leggings and skirt are joined at the top. You can do cartwheels in them without flashing your knickers! (I need some for ME!) 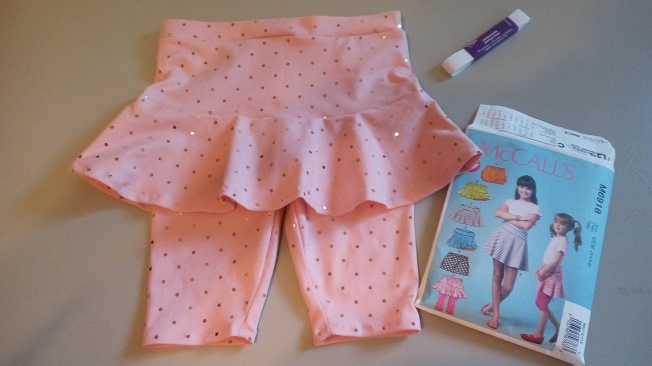 (Before adding the elastic, while waiting for my sister to confirm waist measurement.) 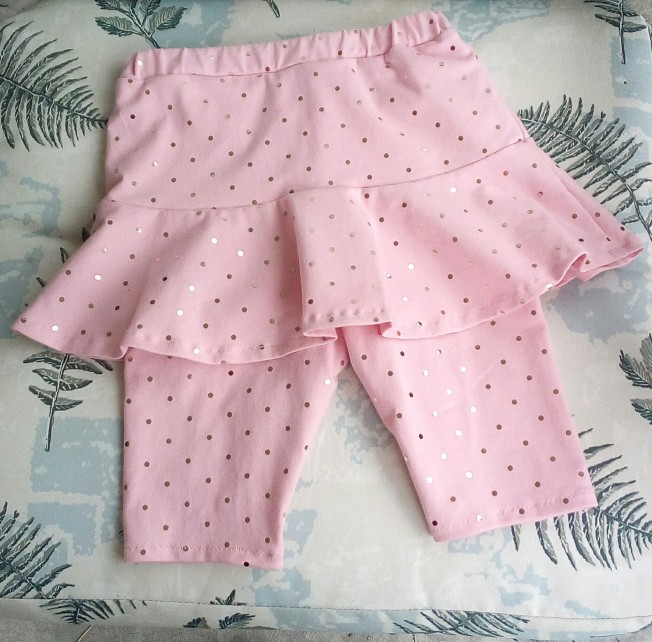 (After adding elastic. This fabric is really cute, but you can’t iron it or the dots come off.)

A couple of weeks ago, in this post, I showed you some quilt blocks that I had made. Well, I have been adding to them bit by bit, and at this point (below) I had 25. 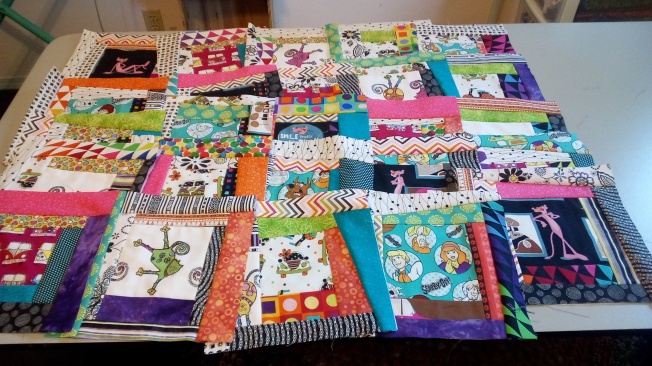 I have five of each – Pink Panther, Scooby Doo, crazy cats, camper vans, and VW bugs. All wonky log cabin blocks starting either with a 4.5″ or 5.5″ cut square, depending on the pattern I was fussy-cutting.

Today I started cutting into and sewing on my sashing fabric, which is just a solid black, and it makes so much difference to how things look. I will get some photos of the quilt top when it’s ready. I have a feeling I will need to add some sort of colourful border outside the black, so will have to see what I have left from making the blocks. And then I’ll need to layer it up with some batting and backing and figure out the quilting part. 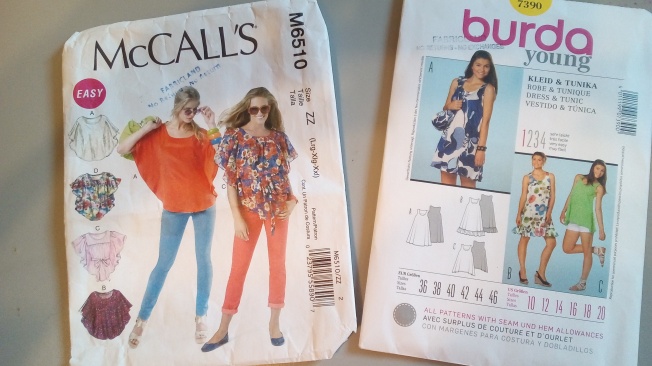 I have more projects lined up already. The top on the left will be made with a blue rayon and the dress on the right is going to be bright pink (it’s going to be part of my Hello Kitty outfit for Halloween which I’ve only been planning for, like, 5 years)! The fabrics were washed today, so next time I have a sewing day there’s nothing standing in my way.

Signing off now – going to put food on the table for the troops, but I won’t be eating any yet – I have signed up for a Booty Burn class at 5.30 followed by yoga, so I have to be careful to go with a relatively empty stomach. Ta ta for now!