Today I’m looking back at 2008 in my Ravelry notebook. And a couple of things stand out.

One is that there is no crochet. I was firmly in the knitting groove after a lifetime of On again/Off again, but hadn’t yet picked up the crochet bug.

Another thing I notice is that I was experimenting more with my Bond knitting machine. Eleven projects were made by machine and some of them were published on my blog as free patterns.

This striped vest was inspired, according to my Ravelry notes, by a pattern in a book. Rather than hand knit it, I machine knit it. 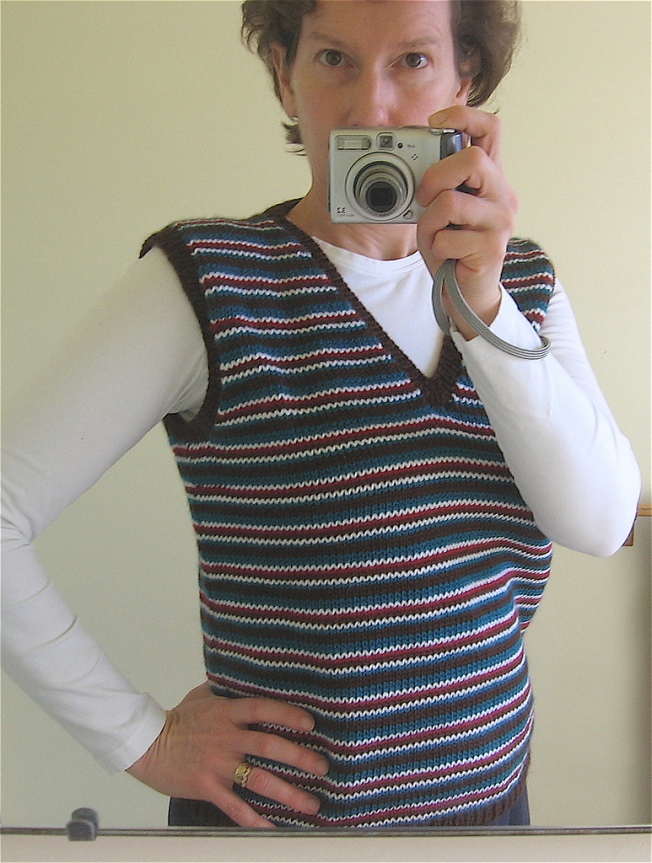 It actually came out rather well, though I don’t recall wearing it much.

And that year I was really into the James C Brett Marble DK again. I had knitted two sweaters in it the year before. Well, 2008 saw the same brown colourway used in these three projects:

Marble Wrap Vest which I designed myself

and there were three other projects using the Marble DK but in other colours.

It’s fascinating to look back at what I made thanks to the invention of Ravelry all those years ago.