No yarn WIP photos this week. They are boring me, and are not progressing much. Instead, TA DA! 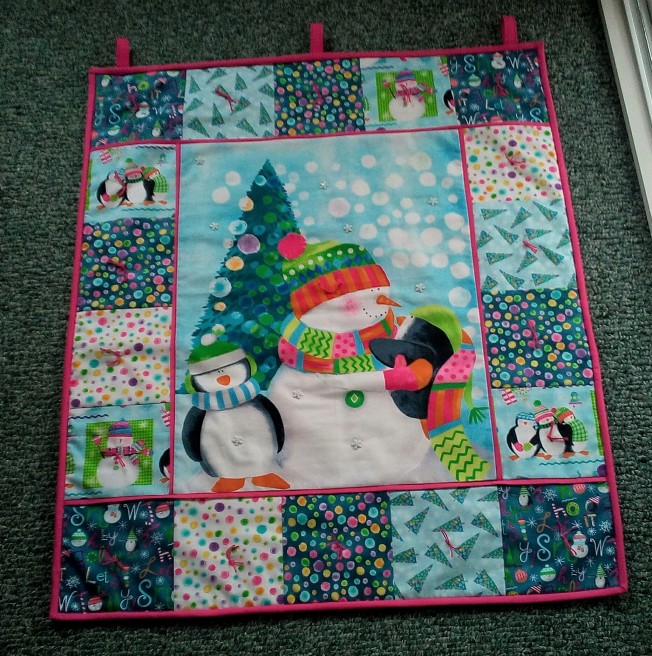 I made a small quilt. I was given the choice of some Christmas panels at work and of course I chose the non-traditional one with my favourite colours in it. It comes with a range of coordinating fabrics which I love, so I kept it simple by cutting out the centre design and surrounding it with squares. I did have to trim some to make them fit. There is a thin line of pink around the centre, which is just a folded strip of fabric that’s incorporated into the seam.

I didn’t do any quilting on this, just tied the layers together using some pink yarn, and added a few snowflake buttons.

The back is two other sections of the panel plus another fabric from the same range. 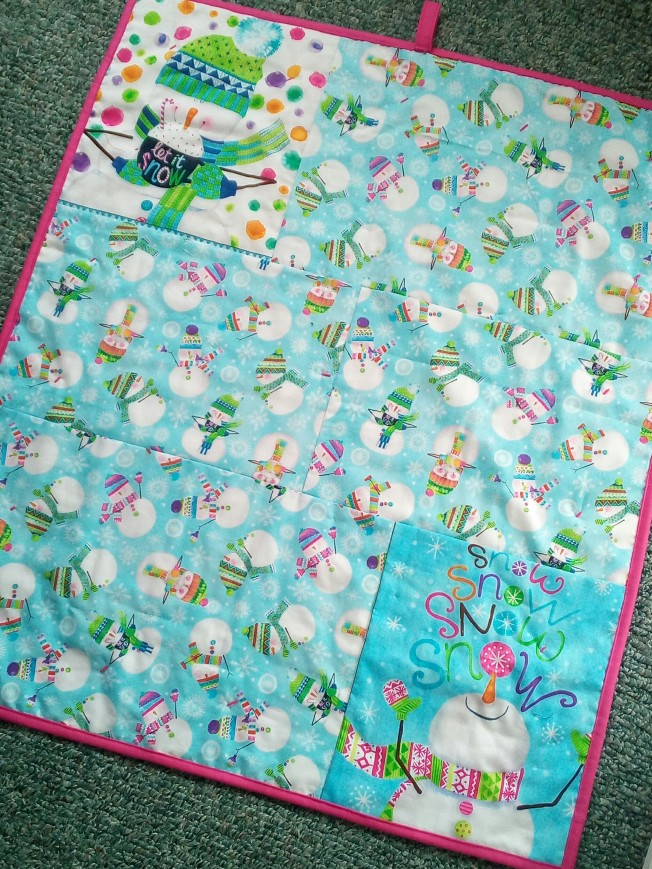 I then had two pieces of panel left, which went into a project bag along with some of the other fabrics left over from the quilt. The spotty buttons from my stash fit well with the colour scheme.

And the second side… 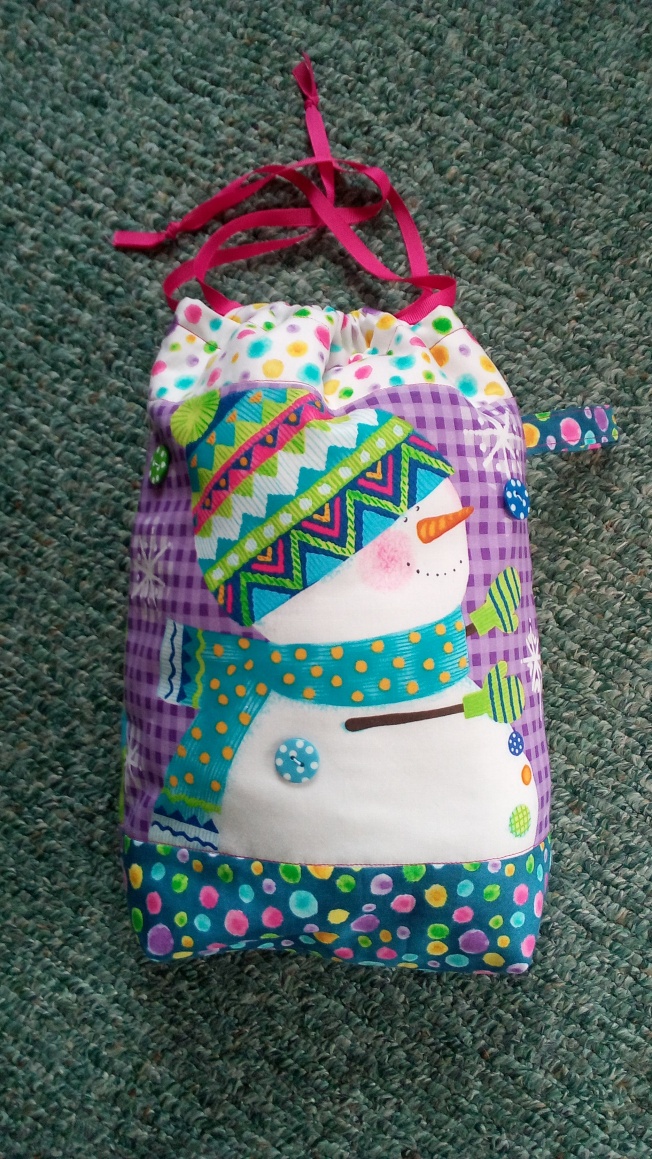 I sort of followed a video tutorial though I had to change the measurements a bit as my pre-printed squares were a little narrower than the instructions said to cut, and as they were also deeper than her patchwork section I shortened the top and bottom pieces. It would look better wider, but I had to go with what I had. I added batting in between the layers, so a bit of stitching and button sewing hold it in place. I managed to fit 6 hanks of yarn in there for the photo, so it’s quite roomy.

These items will have to go on display at the store, probably right up til Christmas.

I have been creating other small items as part of the Christmas cracker swap that I’m in. I think I have everything ready to pack up now. A few small crocheted things, some beading, tea, and of course a cheesy joke. The sooner I send it the better as my swap partner is in the UK. I have taken photos but probably shouldn’t show anything yet just in case.