I feel very lucky to have had two weekends off in a row. This is unheard of! Not sure what happened with the shift scheduling, but I’m not complaining.

The narcissi that I bought last week are looking beautiful. Seven yellow flowers have appeared since I bought some plants last week. The hyacinth is growing but not showing any colour yet, and the violas have one more teeny tiny flower. Meanwhile, outside it’s been SNOWING! 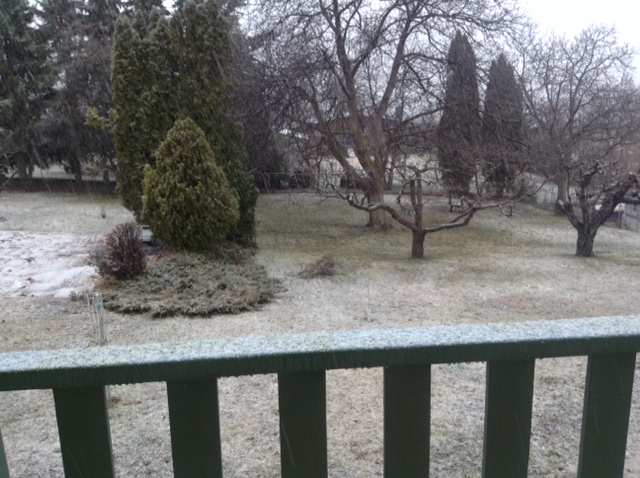 Both yesterday morning AND this morning we had snow. And fog. And sun. A bit of everything, really. Interesting weekend! Suffice it to say, it’s not spring yet. 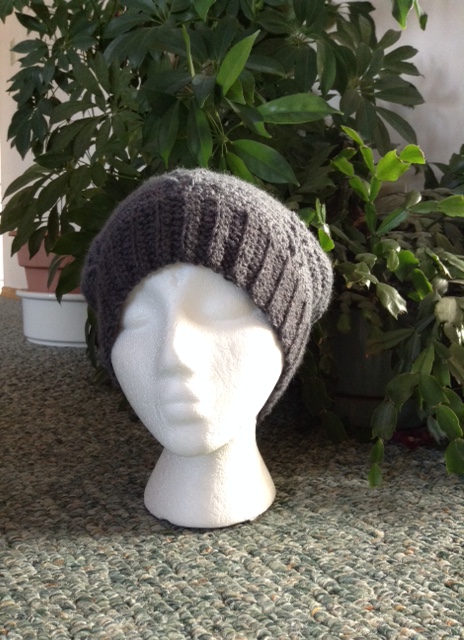 I don’t think I showed you this – it was a crochet pattern test for Hannah of The Cozy Cottage Crochet podcast. It’s a very comfy beanie that has a bit of texture and she has written it in four sizes and in three levels of slouch. This is the second pattern of hers that I have made and she makes sure that her patterns, which are paid for, are very clear and comprehensive. This is the November  Sky Beanie, but it’s not released quite yet.

Another FO in the last week is this C2C crochet cowl. It’s long enough to loop around twice and used up a satisfying amount of Bernat Pop yarn. There was a little left which I have put in the bag with the knitted stashbusting blanket (which I haven’t worked on in ages).

We had a potluck to go to today, a regular date with the same group of friends, and we take turns hosting. We always have fun, eat too much, and usually either play games afterwards or go for a walk. Unfortunately our host today felt like he was getting a migraine after lunch, so we left him to get some rest and headed home. I had some quality time with my sewing machine during which I ran up a quick little backpack for a certain little girl in my family. It’s hard to know how long to make the straps when the girl in question lives a long way away, so hopefully it’ll fit okay. 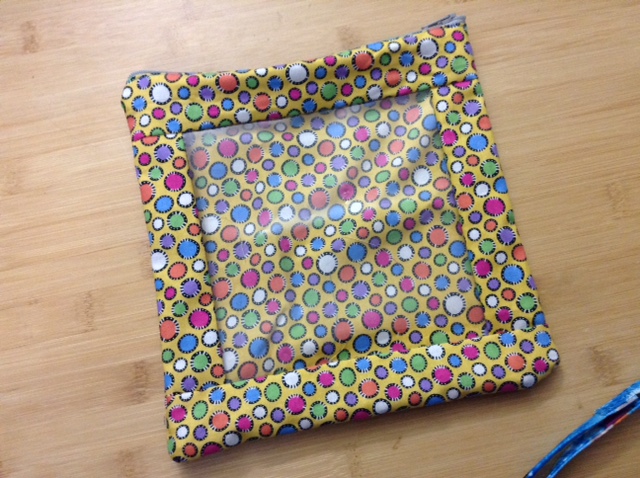 I also made this very slapdash zippered pouch with a clear vinyl window in the front. This was probably my least stressful experiment with vinyl so far! Yesterday I watched a WhitneySews video on YouTube for making an I Spy bag. It’s very similar to this, but it’s sewn up instead of having a zipper. You fill it with rice and small trinkets for kids to find through the clear window. Nice idea but a bit heavy to mail. I considered sending one without the rice and getting them to add it at the other end, but then it could be too easy for the zipper to open and let the rice fall out. I shall have to think on that.

I’ve had a couple of very early nights and this is probably going to be another one! And tomorrow I really need to go to the gym and start making a concerted effort to burn off what I have been calling my “winter tires” – and I’m not talking about the ones on my car!!!