Well, since I tidied my sewing room, I have tested out the new arrangement. It works great. I decided to make a Car Diddy Bag from SewCanShe.com. It’s a medium-sized bag with a long strap that can loop over the gear stick, it has a main compartment, front pockets and a hidden zippered pocket. 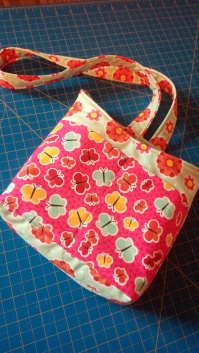 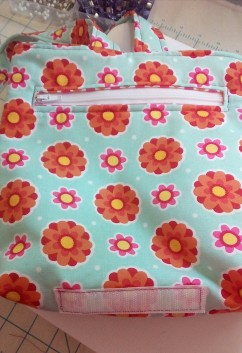 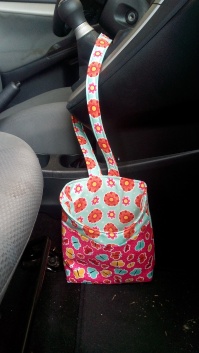 I do love these Patrick Lose fabrics. As you can see, it does what it’s supposed to do…sits in my passenger seat footwell, looking pretty. It even has a strip of hook tape on the bottom to stop it from slipping around.

That made, I also went on to cobble together this drawstring bag. It’s a dodgy bag! The rayon fabric was left over from a skirt I made a year or two ago. It doesn’t behave itself at all. But I had this rectangle which was just the right size for the outer and lining, and I used some sew-in fleece in between the layers. It probably would have worked better with a fusible, but never mind. 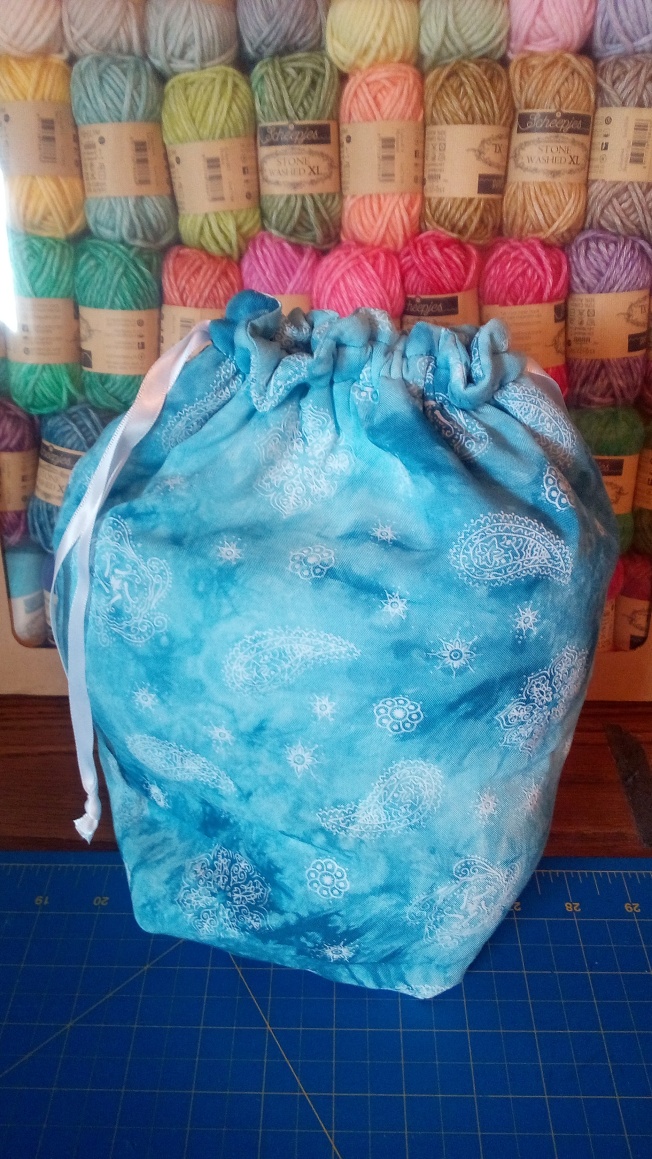 That was one afternoon’s sewing.

As you’ll see, the backdrop to that photo is my pack of Scheepjes Stonewashed and Riverwashed XL minis. Big news! I finally decided to crack them open and actually make something with them.

It’s been over a year of wondering what to make, wanting it to be wearable rather than another blanket or something, and I finally found a sweater pattern which seemed like it might be compatible. The Ocean Breeze Sweater is an easy project. Mostly double crochet, simple shaping, and a clear pattern. I have 250g of the yarn in Moonstone (the cream colour) and a total of 750g in the pack of minis so the plan evolved on the hook. 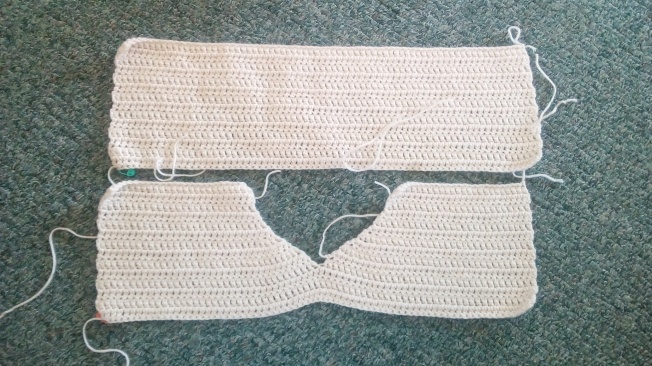 Then I played around with the minis in the hope I could get a pleasing gradation from light to dark for both the body and sleeves. 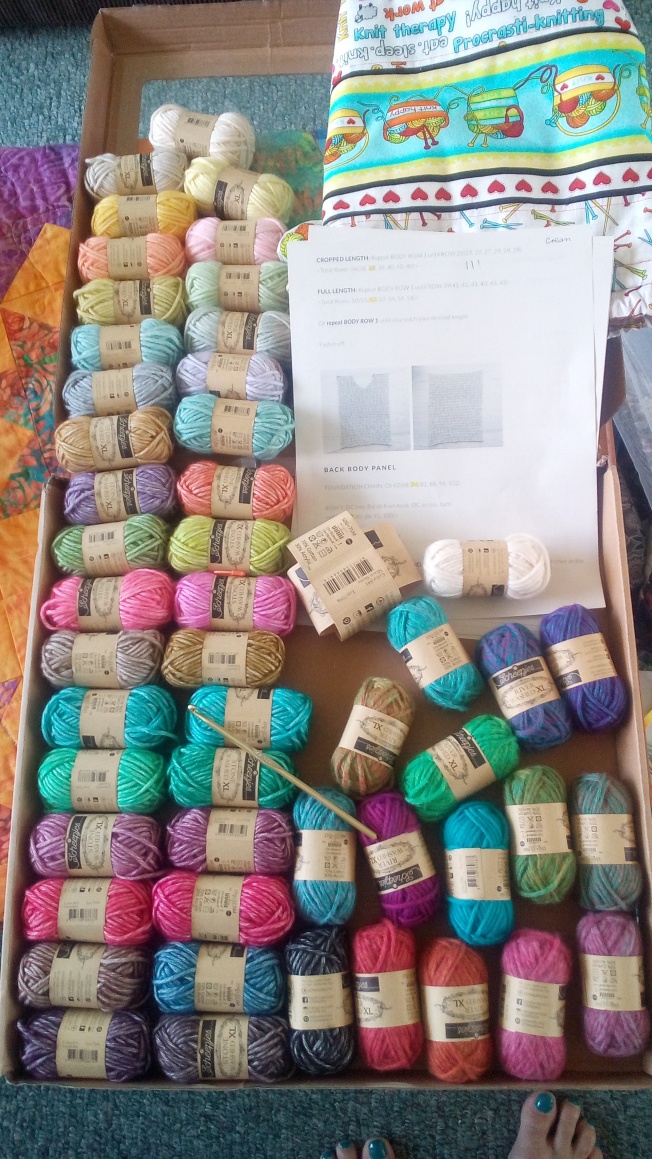 I have added a few rows of the lighter colours now:

As I said on my FB post yesterday – this will either be a huge mistake and get frogged, or it will be my most favourite sweater ever. The jury is still out! Fifty colours is a lot for one sweater, after all!

Whilst the body panels are worked flat and seamed, the designer says to crochet the sleeves from the cuff up in turned rounds. But because of my intended stripes, I would rather crochet them right on to the side of the body and work down. Wish me luck!

Today was the first day that I’ve had to wear a mask for my whole shift – well, except for breaks. After the first hour, it actually wasn’t so bad. But I’ve been up since 6.30, because I woke early, and now it’s only 9pm and I’m fried.