I think I told you last time about some fingerless mitts I had started. Well, they’ve been frogged. I decided on another pattern to use, and then was sidetracked by another project for work.

The boss gave me some balls of Red Heart Scrubby to make a bath puff and a back scrubber for display. This stuff lives up to its name. It’s polyester, rough and has fibres sticking out at all angles. It’s going to be great for getting the skin buffed up!

The pattern for the bath puff calls for two balls, but I realized when I read it properly that that’s because you’re told to make two. One puff actually takes about half a ball plus a bit of a smooth yarn for the hanging drawstring loop. 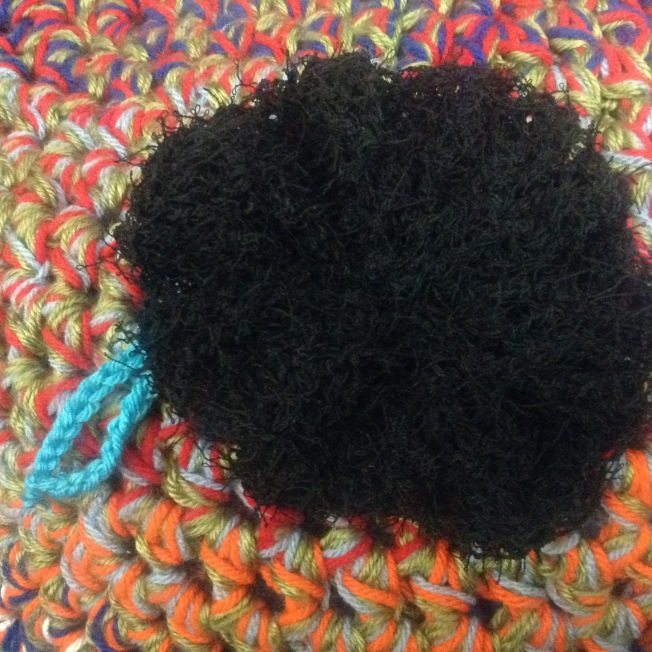 Once I’d made that (it didn’t take long, but would have been much quicker with a smoother yarn) I started on the back scrubber. (Both pattern links go to the free pattern on Red Heart’s website.)

Unfortunately I seem to be unable to add another photo to this post without my iPad freaking out, so I will stop here and write a second post, which hopefully will work!